Back in the summer T Magazine asked me to find a location that was “fairly untouched, romantic and epic in feeling,” and not too far from NYC. For me that had to be somewhere in the Hudson Valley, and after some looking around we wound up in the beautiful Shawangunks, at Sam’s Point. I like the way the photographer, Matthew Kristall, used the various elements of the place. Most people just shoot the dramatic cliffs and rock formations, but he used the forest and lake as well. The story was part of T Magazine’s 10th anniversary issue. 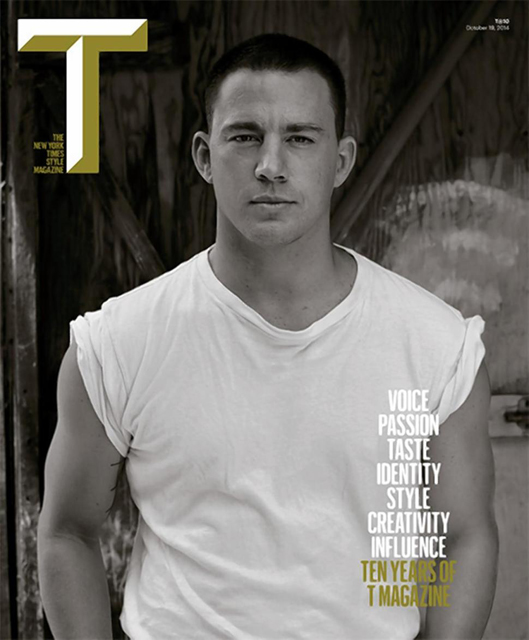 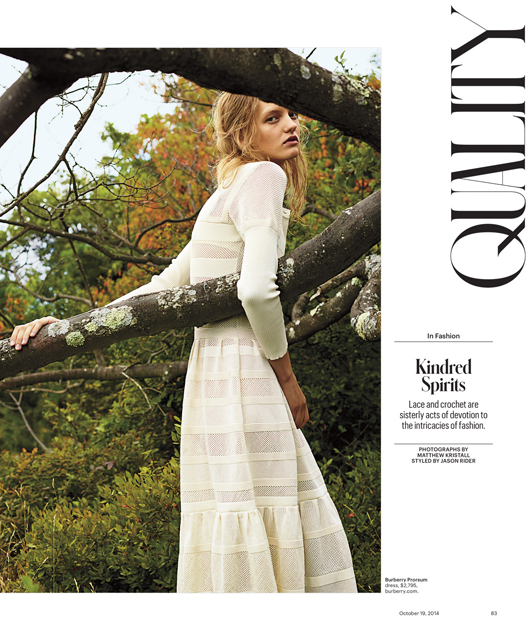 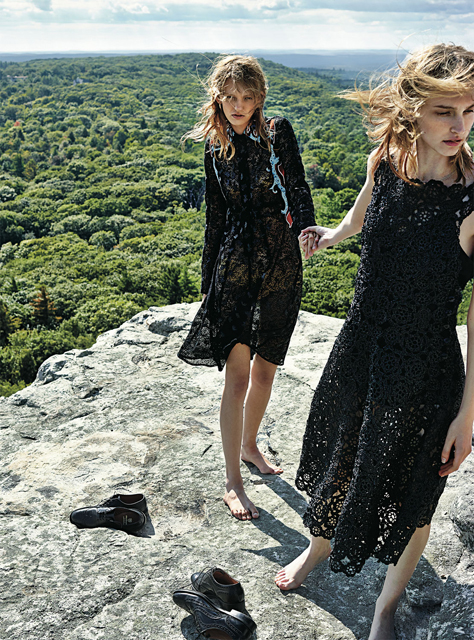 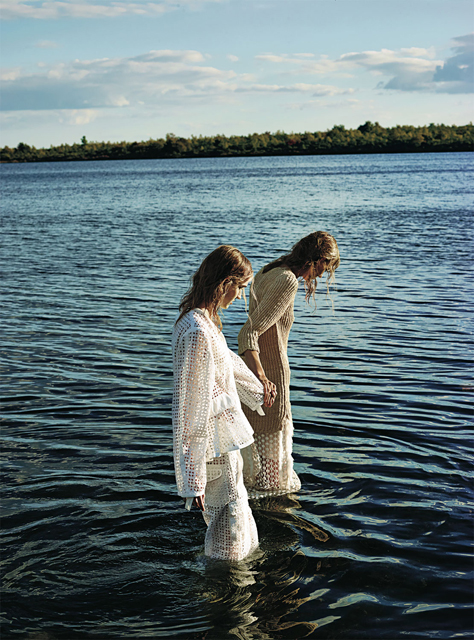