I had two photos published in the 2011 edition of Locations Magazine, the magazine of the Association of Film Commissioners International. One photo was of an abandoned grocery store in Great Barrington, MA, which was included in a feature called Main Street USA. The other was the front photo of the Locations in Pictures section, which includes photos by location scouts around the world. The photo is of a graphic NYC location, 12th Avenue under Riverside Drive. (The cover shot is by L.A. location scout extraordinaire, and my good friend, Geoff Juckes.) 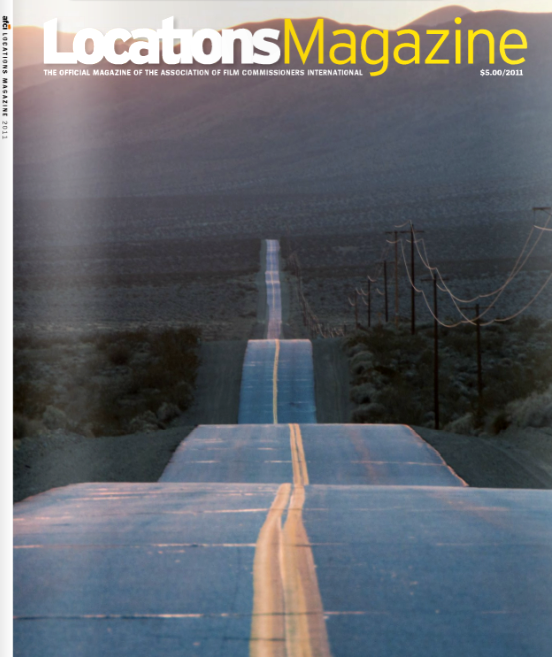 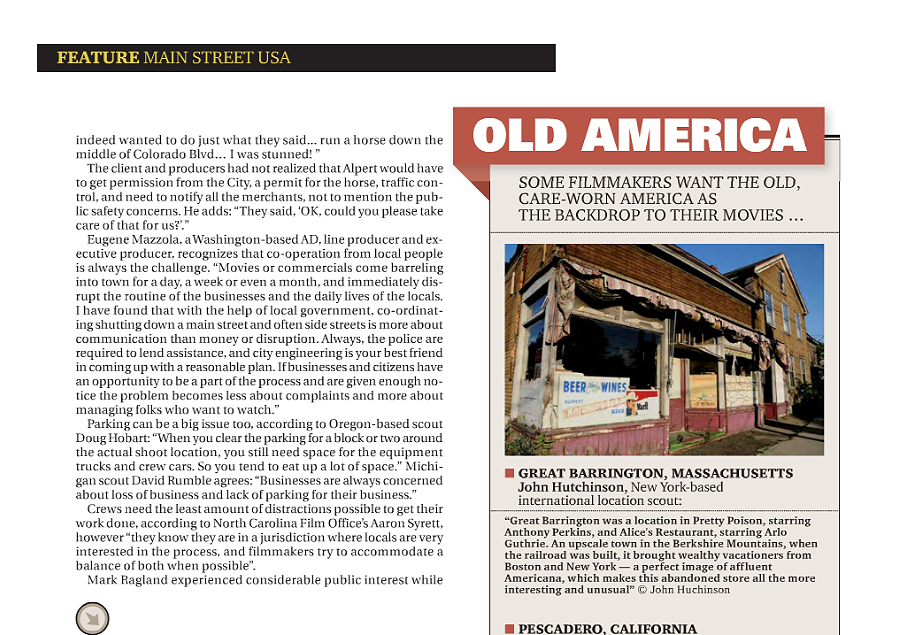 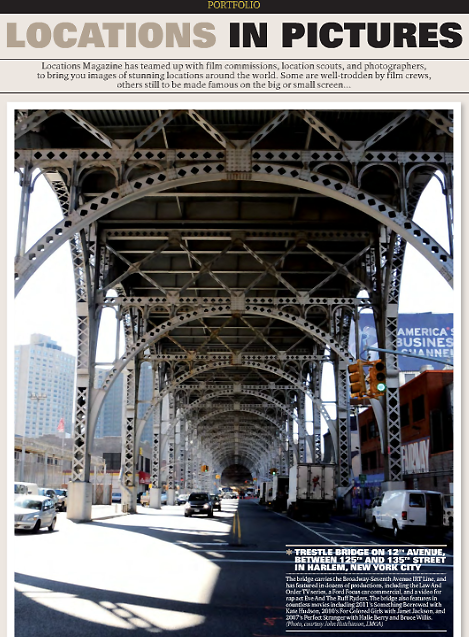